Easier Travel
Tanzania is within close proximity to other world-class destinations such as South Africa, Rwanda, Kenya and Zanzibar. It is very easy to connect between Tanzania and other destinations.

The majority of the people in Tanzania are well conversed in English, making it easy to communicate with the locals.

Safe and Secure
Tanzania is amongst the most peaceful and safest countries in Africa. It has enjoyed a stable political system since its independence in 1961.

Greater Choice
Tanzania has designated about a quarter of its land as protected game reserves and national parks. This well-preserved wilderness sustains an exotic collection of animals, birds and landscapes such as Ngorongoro Conservation Area, Mt. Kilimanjaro, Serengeti National Park and Gombe National Park, among others.

View Sample Itineraries
Get in Touch with Us 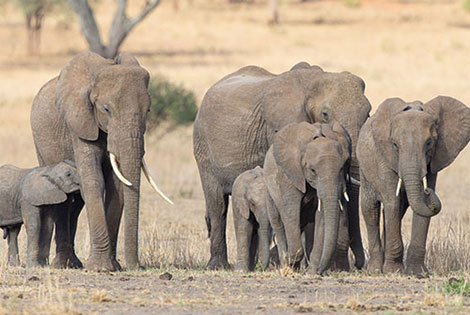 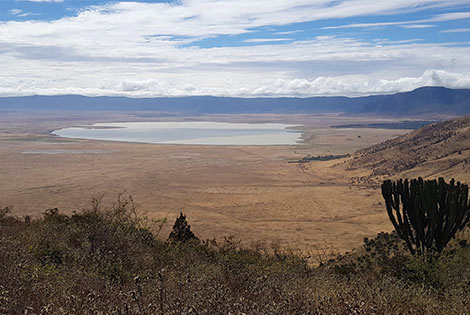 The main feature of the Ngorongoro Conservation Authority is the Ngorongoro Crater, the world’s largest inactive, intact and unfilled volcanic caldera. The crater, which formed when a large volcano exploded and collapsed on itself two to three million years ago, is 610 metres (2,000 feet) deep and its floor covers 260 square kilometres (100 square miles).

Lake Manyara National Park is a protected area in Tanzania’s Arusha and Manyara Regions, situated between Lake Manyara and the Great Rift Valley. It is administered by the Tanzania National Parks Authority, and covers an area of 325 km² including about 230 km² lake surface. 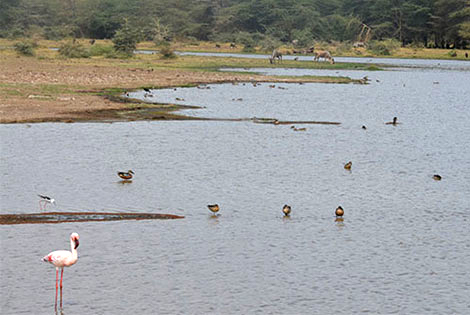 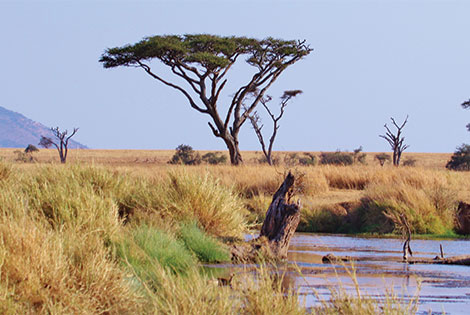 Serengeti National Park, in northern Tanzania, is known for its massive annual migration of wildebeest and zebra. Seeking new pasture, the herds move north from their breeding grounds in the grassy southern plains.

Reviews from Past Guests

Godfrid will work to craft a safari customized to your specific wants and desires. My wife and I wanted the “glamping” experience rather than staying in lodges, and it was everything we dreamed, and them some. It was like staying in the Ritz Carlton with mesh windows and flaps. At each of our stays, the accommodations were luxurious, the food excellent and the staff exceedingly friendly and helpful.

Godfrid’s arrangements were seamless, and having Joseph as our guide was like touring Tanzania with the country’s honorary “mayor”.

We’re already planning a return for 2019!

My Nasera Safari adventure the last two weeks in January 2019 far exceeded my expectations! Our driver and guide, Lube, was a wealth of knowledge about the culture and customs of Tanzania, and he seemed to have a sixth sense about when and where to find wildlife. We specifically wanted to photograph the animals of the four national parks we visited, and Lube made that happen, always positioning the Land Cruiser for the best camera angles, and always scouting the horizon for birds and mammals. And every night, after a day full of photography, we relaxed in the wonderful lodges we stayed in. If you want the safari experience of a lifetime, I cannot recommend Nasera Safari more highly.

We had wanted to go to Serengeti for several decades. We finally got the chance to make the trip last year. Through a common connection, we were lucky to have found Godfrid of Nasera Safaris. Godfrid worked tirelessly with us over several phone calls and WhatsApp chats to plan a perfect trip for our group of four. All our needs were fully met.

We had told Godfrid that we had a special interest in birds too. While Joseph was not available during our visit, Godfrid set us up with Sebastian as our wonderful guide. Birdwatching required several unplanned and sudden stops and Sebastian did it with pleasure. In fact, he had keen eyes for birds and helped us see birds that we could not have noticed ourselves. I will wholeheartedly recommend Nasera Safaris for visits to Tanzania.

Click here to read all our reviews on Google.